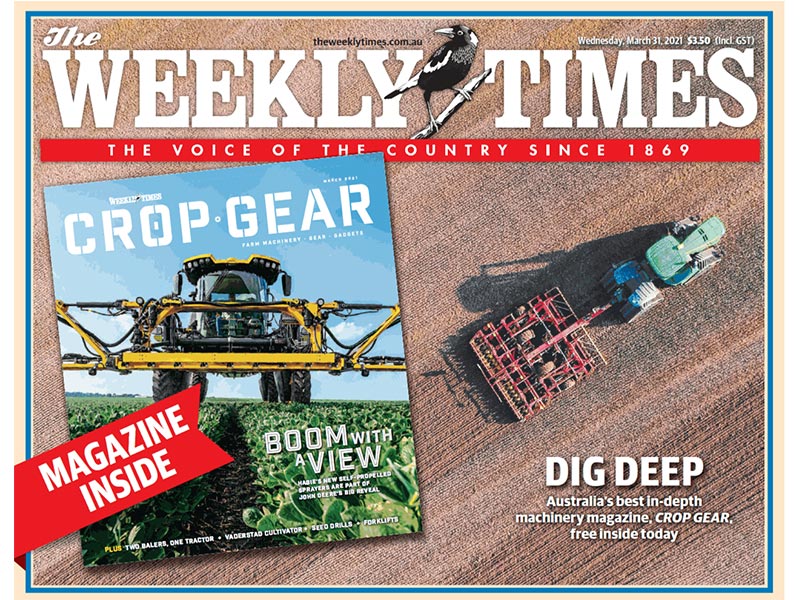 Pakenham-based Farm Implements, which manufactures the Kanga range, has been working with farmers and local dealers to improve the durability, reliability and performance of their heavy-duty twin and tri-rotor slashers and pasture toppers. Farm Implements general manager Tim Alcott said the latest improvements significantly boosted the life of the machines.

“The Kanga three-point linkage tri-rotor slasher for example, is built with sturdy structural channel, which stabilises the drive train resulting in a much longer life,” Mr Alcott said. “Also, to reduce the impact and load that a traditional cutter bar puts through the drive train, Kanga has engineered a configuration of three oval Bisalloy steel disc rotors, heavyduty spinning cushion couplings and 360-degree spinning blades.

“The disc rotors reduce drive train impact and in the event of the machine scalping the ground, they act like a skid, and help slide over the bump.

“Also on the bigger machines, 4.5m and 5.4m, we have a frame that reduces flex or twisting, reducing metal fatigue and extending longevity.”

The Kanga tri-rotor slasher comes in sizes from 3.6m to 5.4m. Ideal for broadacre farmers with tractors from 90hp to 200hp, the slashers are capable of clearing and cutting materials up to 50mm thick.

The machine allows large volumes of material to be easily discharged without reducing the blade tip speed.

“The latest improvements were the result of customer discussions about ways to continually improve our implements,” Mr Alcott said. “We rely a lot on farmer or contractor feedback to manufacture machines that suit the particular varying conditions around the country.”

All brand names and product names are trade names, registered trademarks, or pending trademarks of their respective owners. Some information is sourced from international third parties and may not necessarily apply locally. Some of the images have pictures of items that are optional, and not standard equipment. Farm Implements Pty Ltd reserves the right to change price, design and specifications without notice.